Much has been made about the decision by Panini America to use a sort of “Dutch Auction” approach as a different way of releasing this much anticipated FOTL product. Our 2019 PAnini Prizm NBA FOTL Dutch Auction Analysis will help you understand what happened and better prepare you for the next one.

The point behind FOTL is to drive hype for the primary hobby release that follows it and although there were hiccups this release very much did that. Message boards, Facebook groups and Twitter had this as the primary topic of discussion pretty much most of the day. Regardless of what side of the fence you are on whether it was a good idea or not you can’t deny that it got people talking.

The strategy from Panini was to set an insane starting point of $1000 per box and reduce the price every two minutes until it was sold out. It’s a solid concept that I think they can tweak a bit over time to provide a win for the consumers. It may also hinder some bot activities and help primary customers (The people who actually open boxes) get their hands on the product without the need for a middle man and higher middle man prices.

My role on the Twitter account for the forum I own Freedom Card Board was to use a tool that I heard about from a collectible sneaker head app called Suplexed Insights to share information on the print run of the “Dutch Auction” (It’s not really a Dutch auction as there were buyers at variable price points). We highlighted this plugin a couple of days ago in an article. What I was able to clean was a timeline for how the sales progressed over time. Here goes nothing…

Here is the start of the action.

The original stock level was 6800. This means that 60 boxes were removed from stock at the start of the event for whatever reason. Can’t be sure and I don’t want to speculate.

I can’t wrap my head around the logic of paying $91 per card for any base level Prizm release of anything. Maybe some people just had more money than sense and didn’t want to risk getting shut out? Sometimes these FOTL releases move really fast and if you wait too long you are on the outside looking in. I gotta think if these people could have seen the quantity they would have held off.

As a buyer I saw this as a clear sign to hold. 6555 is a lot of stock and it’s clear that people are starting to back off. Let’s hold off a bit and see where the price goes.

No sales at that price point. Good… Good… /Palpatine

Nothing big here. Just 7 boxes our mouse pointer isn’t even hovering over the buy now button at this point.

3 More down as we see another drop.

It got a little dicey here as during this time it seemed like the developer of the suplexed chrome extension and Panini were playing a cat and mouse game. Suplexed would display the stock level and Panini would make adjustments preventing them from pulling it up. Seeing this stock level our interest is at a peak and we are SERIOUSLY considering pulling the trigger. We didn’t because well 5,100 boxes aren’t going to disappear in this format without bot activity. We are betting against a bot snapping them up at this price point.

Still not the volume move we are looking for. We want to see thousands leave stock before we are confident we can get the lowest price. It’s getting close though.

This is the price point where things REALLY started to move fast. From here you had better have your finger on the trigger because in 10 minutes they will all be gone.

The Calm Before the Storm

Looks like my buy signal was a touch premature

There was still some room for these to drop. $20 less and there are still 3389 Boxes in stock. There was no way this would last very long.

2253 Boxes left and right at the $300 price point. This was the absolute lowest I figured it would go and I’m really happy to buy at this point.

All this work for 1 Box

Still, Some people did better.

And here is the floor.

Turn out the lights, the party is over. $290 is the lowest anyone got it for and around 180 boxes sold at that price.

This was a really fun ride and I hope it happens again with Panini taking into consideration what they learned from the release. I also hope that next time I have the Suplexed Chrome Extension by my side as I navigate these tricky waters.

More ways to view the database

Check these out too… 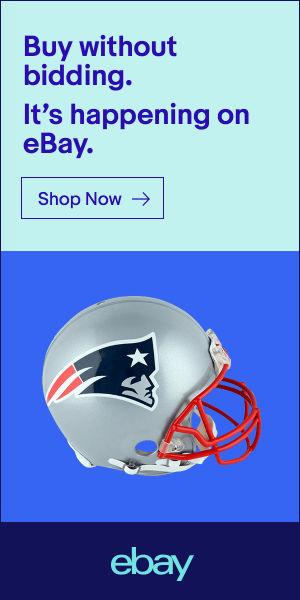